We are so excited to announce that we have added an additional two hours to our conference! The new times are 10am to 6pm, with registration and exhibits opening at 9am. This additional time has allowed us to add a special guest speaker and a one-hour long panel discussion where our audience will be able to ask questions of our five expert moms.

We are also excited to introduce to you our special guest speaker, Dr. Bose Ravenel. Dr. Ravenel is a pediatrician with a total of 31 years of experience in private pediatric practice and 11 years in academic pediatrics from 1976 to 1987. He co-authored The Diseasing of America’s Children with psychologist John Rosemond in 2008 and has done talks on parenting and on an integrative approach to ADD/ADHD at national meetings of Focus on the Family and the Christian Medical and Dental Association.  He is a Fellow of the American Academy of Pediatrics (AAP), has been elected into membership of the Society for Integrative Medicine, and is a member of the Section on Behavioral and Developmental Pediatrics and the Section on Integrative Medicine (SOIM) of the AAP.  He is also member of both the North Carolina Integrative Medical Society (NCIMS) and the Institute for Functional Medicine (IFM).  He has been named among Best Doctors in America for every biennial listing except one from 1996-1997 to 2014.

Since offering to parents an integrative and non-pharmacological approach to ADD/ADHD beginning in about 2005, he has taken the research knowledge and experience gained from that to broaden his interest and practice focus to other chronic health problems. He published in 2013 his experience using a functional medicine approach to chronic diseases within his former pediatric practice prior to joining Robinhood Integrative Health in November 2013.

A Word from Dr. Ravenel:

After practicing pediatrics for over 31 years, and spending 11 years in academic pediatrics, I have discovered that in dealing with chronic health problems, traditional medicine relies upon making diagnoses of diseases or collection of symptoms, known as syndromes – and then relying almost exclusively upon pharmaceutical agents to control symptoms rather than attempting to identify underlying causes and treat them in order to effect reversal of chronic disease. The role of identifying gene variations, the ability of modifications in diet, nutrients, natural hormones, and supplements to inactivate or by-pass biochemical blocks or impaired function and to provide or assist in healing from chronic diseases is largely unknown and ignored.

It has been astonishing to discover that the science underlying Functional Medicine is vastly more established than is the science upon which traditional medicine is based with the commercial influence pervasive in the latter. One need only pause to consider the immense financial vested interest exerted by the organized processed food industry and by the Pharmaceutical industry to understand why the potential for improving health and well-being at a lower cost lies in shifting from disease symptom suppression to prevention and reversal of underlying causes.

I look forward to working with parents to take a highly personalized approach to understanding their children’s chronic health problems, seeking to identify underlying genetic variations, biochemical imbalances, and triggers for ongoing symptoms – and drawing upon the immense healing powers of the human body to restore function through mostly natural substances and methods. Sir William Osler, one of the “Founding Fathers” of American Medicine, said (to paraphrase) that “It is not the disease the patient has, but the patient who has the disease” that holds to the key to healing. Natural healing methods rely upon the God-given power of the human body, assisted and enabled by pure and uncontaminated nutrients and supplements to restore health. 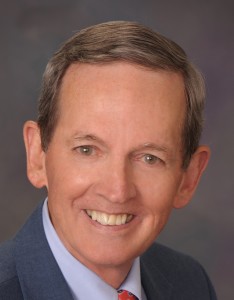 Below is an excerpt from a 3-part series of articles that Dr. Ravenel wrote for the Natural Triad Magazine on ADHD.

“After becoming convinced that the benefits of this predominantly drug based approach were overstated, while the recognized and potential adverse effects were either understated or unknown, I began offering a holistic, non-drug process of evaluation and management.  Increasing numbers of parents are seeking either to avoid putting their child on medications, or getting them off drugs, either for concerns about long-term effects or bothersome side effects.  Although not always successful, as is true for the conventional medication centered approach, the response of children and their parents’ satisfaction has been most gratifying.

Most parents, and for that matter, most pediatricians and allied health professionals, don’t particularly like relying on these medications for behavioral control, but they are unaware of effective alternatives.  Parents whose child is enabled to avoid taking, or withdraw from, medications often ask me “Why did my doctor not tell me about these things?”  I respond that they simply are not aware of these alternative approaches, just as I was not for the first 25 years of pediatric practice.  Virtually every article published in mainstream pediatric journals and every continuing medical education talk to which practitioners are exposed is produced or funded directly or indirectly by pharmaceutical companies.  Equally important, natural therapies such as dietary and nutritional approaches, vitamin administration, etc are not patentable and therefore not subjected to the kinds of clinical trials conducted on drugs by pharmaceutical companies.  These cost in the range of tens to hundreds of millions of dollars.  Despite the absence of the classical kind of “double-blind, placebo controlled” trials for these natural therapies that most practitioners rely upon, there is compelling evidence, both theoretical and clinical, for many of them.  This series of  articles will explore this paradigm of ADD as a behavioral phenomenon arising from a number of different causes many of which are correctable and often amenable to various non-drug interventions. ”

Dr. Ravenel uses a four-tiered approach for treating ADHD:  Addressing diet and nutrition, utilizing supplements such as Omegas to naturally reduce the symptoms of ADHD, adjusting parenting techniques in order to help teach the child self-control, and reducing electronic exposure such as video games and other electronics. As well, Dr. Ravenel encourages families to reduce the overall toxins in the child’s environment as much as possible. Dr. Ravenel’s patients have experienced a high rate of success using this protocol.

We are excited to bring Dr. Ravenel’s expertise as a doctor to our conference. To hear more from Dr. Ravenel, register here for the Treating ADHD Naturally Conference coming to Chicago in May! Seats are limited! Register today!